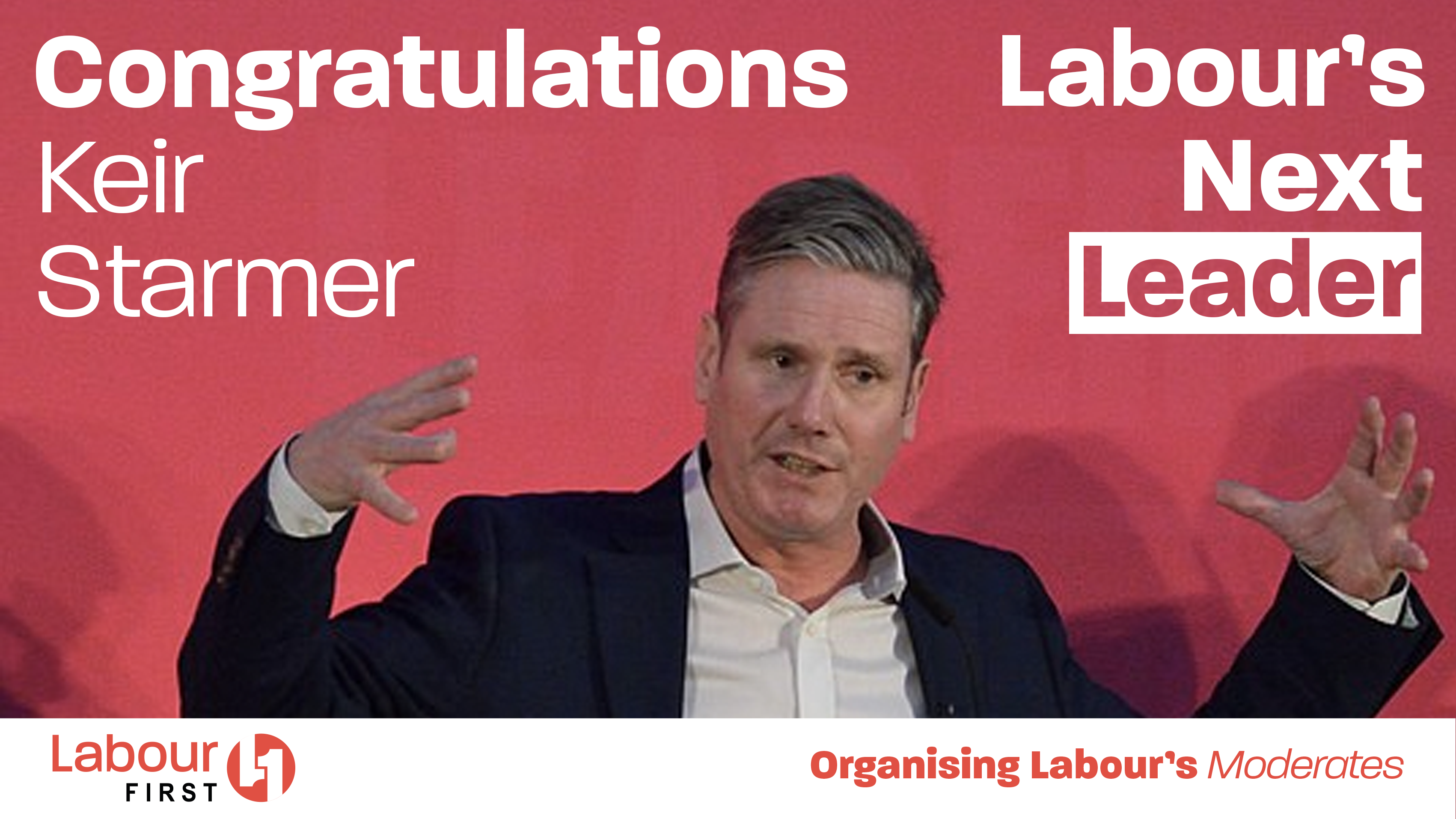 Labour First welcomes the election of Keir Starmer as Leader of the Labour Party.

This is an important turning point after five dismal years where Labour descended into a morass of extremism, sectarianism and electoral decline. The Corbyn years were a disaster for Labour electorally, culminating in the worst parliamentary result since 1935, but also seeing our local government base decimated.

As well as failing in our primary mission of achieving power so that we can transform the country, our moral authority as a force for good in society was completely compromised by the antisemitism that infected the party.

Keir Starmer’s election is the starting point in rebuilding a decent, united party, free from the scourges of bullying, antisemitism and excessive factionalism, and regaining the trust of the electorate so that we can return to government and build a society based on social democratic values of justice and equality.

We will continue to try to ensure candidates who share our politics have as strong a voice as possible at every level of the Labour Party in elections and selections, but we also look forward to working in a spirit of pluralism and party unity with people of goodwill from every tradition, across the spectrum of Labour opinion, who want to make Keir’s leadership a success and return Labour to government.

We do not underestimate the scale of the task. Labour’s reputation is sullied, its connection with its core supporters frayed or broken, the sectarian Hard Left remain a force within the party. None of this will be dealt with overnight. It will take years and years of hard work to turn the party round.

Our country is in a deep public health and economic crisis caused by the global pandemic. Never have social democratic solutions been more valid, but we cannot assume Labour will automatically be seen by the public as part of the answer. We have to win back their trust.

But for now, we believe the activists in our network deserve one day of quiet celebration before setting our shoulders to the wheel to make Labour once again a great party of progressive government.

If you stood firm in the face of abuse and bullying from the Hard Left; if you called out antisemitism and extremism; if you organised to keep your branch or CLP decent and welcoming; if you kept the flag flying for the true social democratic and democratic socialist values of the party; you earned this victory and this day.